We all desire to be part of a story. Even if it’s simple and springs out of nowhere. We live for stories, whether it’s the stories we share with our friends and family or the books we read. We all love a good story. And honestly, it makes sense. We were made for amazing stories. This desire is fed from our earliest days. In the stories we heard or the movies we watched as children. There’s a princess who has just come of age. Something terrible happens and the prince comes along and rescues this damsel in distress. He might even slay a dragon. They get married and live happily ever after. Boys are fed stories of superheroes with powers to defeat evil. These stories cultivate a hatred for injustice and a desire for the good. During our childhood, stories cultivate within us our desires for the true, the good and the beautiful. The Christian story is a combination of both types of stories, but better. It is not limited to either of these boxes, rather it is one we actively live out. Ours is a story in which the protagonist dies at the hands of the evil one in order to save his beloved. In this story, we also see him lay down his life for his friends. “Greater love has no man than this, that a man lay down his life for his friends” (John 15:13). He then does the impossible and rises from the dead. God has always been in the habit of showing us that His works in us will not be limited to human perception. This story is the only one where we play an active role in our everyday lives. Each role is unique, and in many ways, they don’t fit the stereotypes we were given growing up. I wanted to share with you two occasions in Scripture where the Lord has broken the stereotypes we were given for masculine and feminine roles in stories and culture and what they can teach us about our spiritual lives. These stories don’t take away from or portray masculinity and femininity in a negative light, rather they provide a deeper revelation of our identities as male and female and what that can mean for our spiritual life.

I just read the book of Judith and I am in awe. She is a wonderful prefigurement of Our Lady. Judith is a widow from Judea in the Old Testament. Her husband has left her with riches and she is incredibly devoted to the Lord. When the Jewish people fail to bow before King Nebuchadnezzar as a god, he threatens Judea. His army general, Holofernes takes control of their water supplies. Close to death, the people cry out to the elders of the city, all of them putting God to the test. Judith rebukes them for their lack of faith and intercedes for her people. She then leaves her homeplace to go to Holofernes. She deceives him and after nights of prayer and intercession, she beheads him, delivering her people from destruction and death. I mentioned Judith as a prefigurement of Our Lady because she is the one who gave birth to the Saviour of the world, through whom death is defeated and the head of the serpent, crushed (Gen. 3:15). She also foreshadows Mary in her ‘yes’. If it were not for the faithful ‘yes’ of Judith, her people would have suffered destruction from their enemies and the wrath of God for their unfaithfulness. If it were not for the ‘yes’ of Mary, she would not have given birth to the Saviour of the world, or become our mother.

Unlike any fairy-tale, Judith shows us the power of a woman’s strength. She was unwilling to lay down and die at the hands of any unrighteous man. Rather she shows the power of an obedient gift of ourselves to the Lord in what may seem like impossible circumstances. In an era when widows were looked down upon and orphaned by society, Judith was admired for her beauty and her wisdom. She is gentle and humble, yet strong and brave. She shows us the importance of spiritual warfare and intercession in a Christian woman’s prayer life. I see Judith’s story as a revelation of the power of a mother’s intercession for her family. Just as the elders of Judea looked to Judith for her wisdom, we often lean on our mothers for consolation and guidance. This shows us how important it is for us to have a relationship with Mary, who Christ gave to us as our mother. 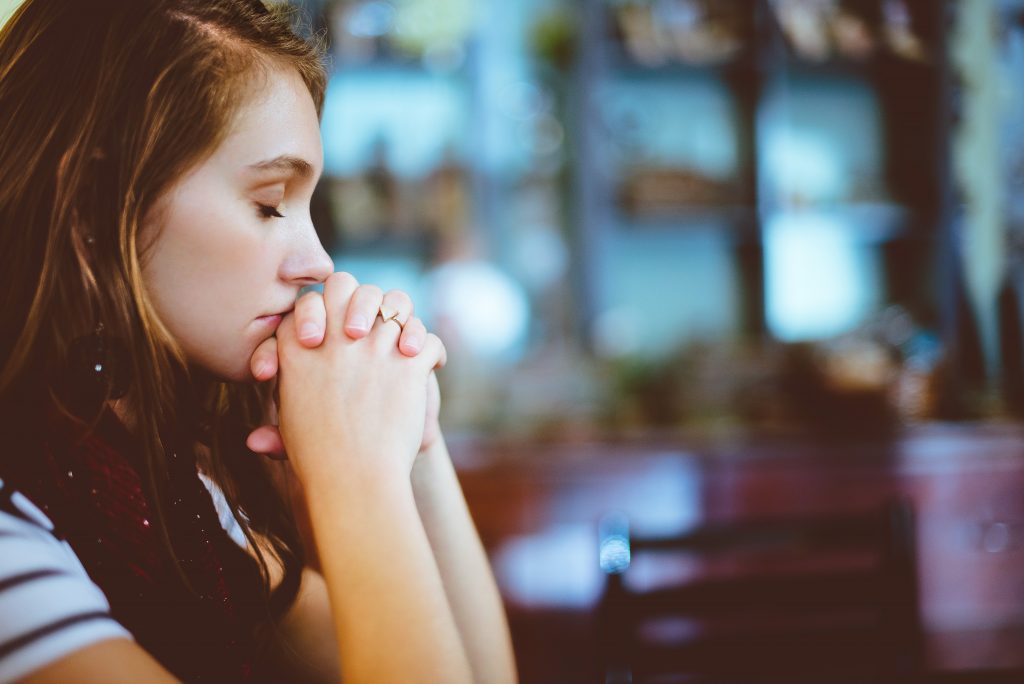 King David was the exact opposite of what we might expect a king to look like. Yet, he had more courage and faith in the Lord than any man he was set among. Take the story with Goliath. Goliath was a giant of a man and an enemy of Israel. The army of Israel had been threatened by Goliath and for forty days they did nothing to him for they were greatly afraid. David only arrived at the army camp to bring messages and food for his brothers, who were serving there. Because of his youth, David was not yet seen as fit to be part of the army. But when he heard the threats of Goliath over the army of Israel, he was filled with a wave of righteous anger. He went before Goliath without armour, declaring the victory of the Lord. With a single shot, David brought Goliath down on his face with a stone in his forehead. David then killed him. The Philistines, the army of which Goliath was champion, fled from the Israelites.

King David always fascinates me. When the prophet Samuel came to his father for the next King of Israel, David’s father didn’t even present him as an option. He was the youngest of all and tended to his fathers’ sheep. Yet he had courage and faith in the Lord unmatched by any in Israel’s army. Within a moment, he did what no man older or stronger than he could do for forty days. David shows the importance of allowing the Lord to be our strength, his strength in God made him a more powerful man than anyone on the battlefield. He shows us that the Lord will do unimaginable things through us if we are faithful to him. He will deliver the enemy into your hands (1 Sam. 17:46). When we put all our hope and trust in the Lord, we become more fully who we are called to be. When the Lord becomes the source of a man’s strength, he becomes all the more powerful and more capable of providing for, protecting, and pastoring others. Just as Judith is a foreshadowing of Mary, so is David a foreshadowing of Jesus who, as I mentioned earlier, crushes the head of the serpent. David’s humble, active pursuit of the Lord is an incredible example of how we can actively pursue God in our daily lives. After all, David had just been sent on an errand when all of this happened. Had David not been about his father’s business, the people of Israel would not have been delivered.

I share these examples that they might provide reflection for how the Lord is working in your life. The Lord has his plans for every one of us, and He times them perfectly (Esther 4:14). I’m sure nobody told Judith or David that they would prefigure Jesus and Mary, yet their stories are written in the Old Testament that we may all learn from them. I see them as reminders that in order to live fully and live well, we must give our ‘yes’ in the little things. Your story might not look how you would like it to right now. But God never leaves a person’s story unfinished. God has shown Himself to be the God of surprises. Allow yourself to be surprised by how he works in your everyday.