In Matthew’s gospel, we see Christ “appeal to the beginning” in one of his many debates with the Pharisees, this one concerning divorce. It goes like this:

And Pharisees came up to him and tested him by asking, “Is it lawful to divorce one’s wife for any cause?” He answered, “Have you not read that he who made them from the beginning made them male and female, and said ‘For this reason a man shall leave his father and mother and be joined to his wife, and the two shall become one’? So they are no longer two but one. What therefore God has joined together, let no man put asunder.” They said to him, “Why then did Moses command one to give a certificate of divorce, and to put her away?” He said to them, “For your hardness of heart Moses allowed you to divorce your wives, but from the beginning it was not so.” (Matthew 19:3-8)

In this exchange, Christ intends to lead us back to Genesis, in order to explain our origin to us. While the creation accounts in Genesis are pre-scientific and archaic, it would be a mistake to consider them unscientific or outdated. With the creation account, God did not intend to relate a scientific picture or treatise to man, but rather a spiritual one. He intended to express profound truths about humanity, which are just as valid, unchanging, and archaic as the laws of physics. Jesus understood that the Pharisees could only ask a question like this if they had forgotten, or lost sight of, God’s plans for humanity. So when the Pharisees questioned him about divorce, he knew that he had to lead them back to the beginning, to the Creator’s own words regarding his plan for human love.

In the creation account, we receive what John Paul II called an “integral vision of man”. That is to say, we receive a faithful and accurate vision of what man is, rather than a broken and partial one. Unfortunately, our usual experience of humanity is the sinfulness that we have inherited. We’re more familiar with what it is to be partial than we are with what it is to be whole. And so Jesus led the Pharisees, and leads us, back to Genesis in order to take us beyond our limited understanding. He didn’t do this just to teach us about original sin, which is what most of us are most familiar with from the early chapters of Genesis. He brought us back to the beginning in order to reveal to us, according to John Paul, what humanity looked like prior to sin. John Paul showed us that the creation account reveals man’s experience of original solitude, original unity, and original nakedness. With these revealed, we begin to get a true picture of what it is to be human. 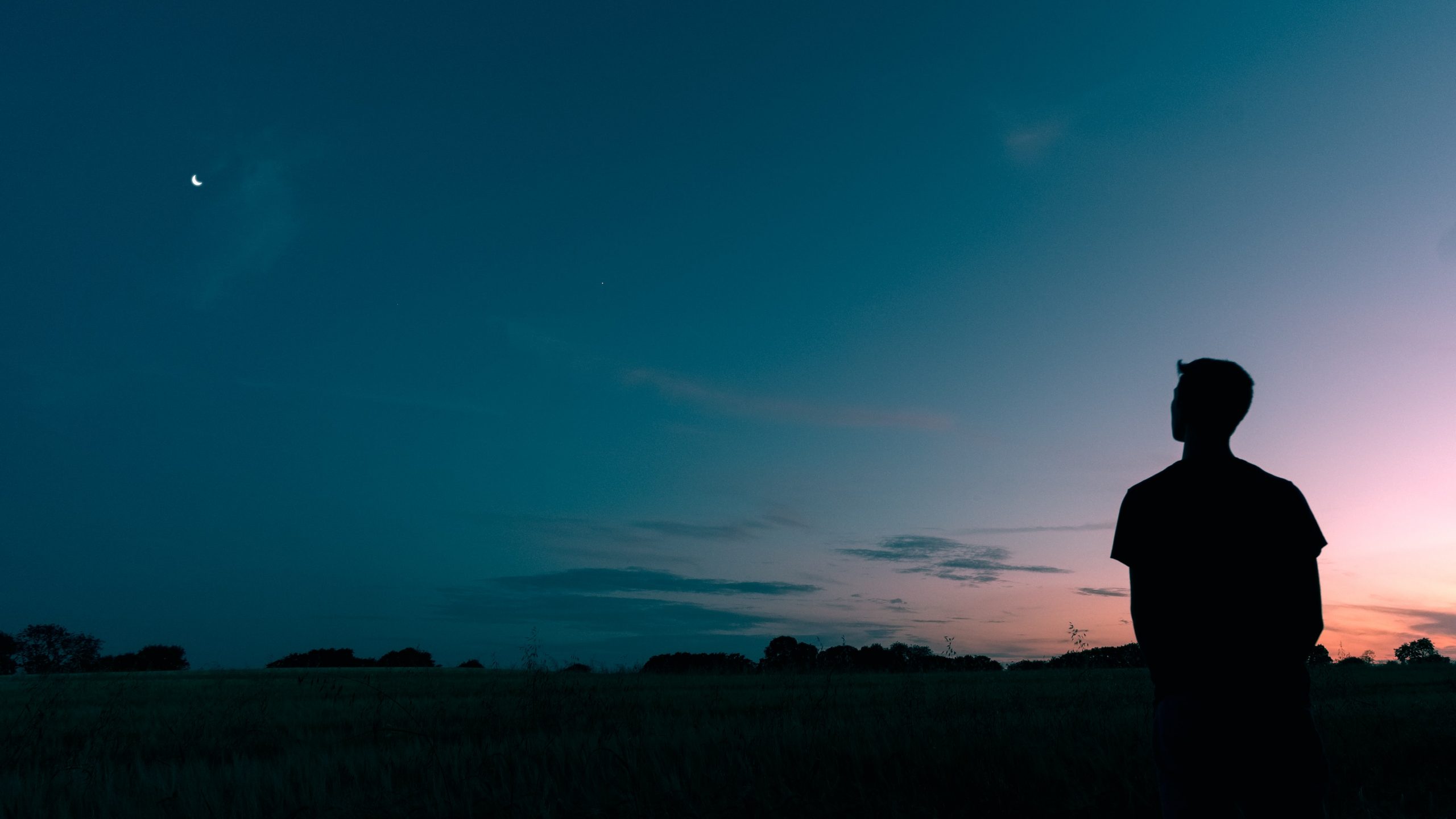 From the beginning, the body of Adam revealed that he was alone in the world, and not just in the sense that he lacked Eve. His body revealed that he was created for another, by the very shape and logic of it. Despite this, even after her creation, man stands alone before God. In what sense? In that he is a subject – a person who is aware of himself, of the fact that he exists, and is equipped with a conscience and an ability to determine his path through this world. This is a large part of what sets man apart from the animals, driven purely by instinct. And so, Adam’s solitude is a reference to his uniqueness as a person within creation. Man stands alone before God. God proceeds to declare that it is not good that man should be alone, and by doing so, he revealed a further truth about us: we were made for communion. Our essence is not fully realised in aloneness. We realise our purpose by existing with someone and for someone. Our solitude is fulfilled by becoming a gift. With our ability to choose our path, we are free to realise our aloneness, and fulfil it by giving ourselves first to God, and then to others – whatever the vocation God calls you to. It is important that God comes first, not simply because he knows that nothing else will satisfy us, but because he wants us to become what we are: creatures made in the image and likeness of love itself. Only if we give ourselves fully to him can we love others as we ought. It is as Pope Benedict XVI wrote:

It is therefore the vocation to love that makes the human person an authentic image of God: man and woman come to resemble God to the extent that they become loving people.

As mentioned above, Adam’s body, and our bodies, reveal our uniqueness as persons and our aloneness. Even before Adam saw Eve, he knew creation was incomplete. With this in mind, we turn to the human body and see that it is plainly made for another. All of the systems of the human body, from the nervous system to the digestive system, work perfectly well on their own. There is only one exception: the reproductive system. Only the reproductive system requires a member of the other sex in order to serve its purpose. The male and female bodies are made for each other. And so, when Adam first beholds Eve, he exclaims, “This at last is bone of my bones and flesh of my flesh; she shall be called Woman, because she was taken out of Man” (Gen. 2:23). In Eve, Adam sees an extension of himself – another person, alone before God. John Paul explains that, in his exclamation Adam seems to say “Look, a body that expresses the ‘person’!”

After creating man and woman, God gives them his first command, “Be fruitful and multiply” (Gen. 1:28). Why is this command so important? Because it points us to another way in which God created humans in his image and likeness. God desired man to be a reflection of his creative power, through which he expresses love, and so he endowed humanity with the ability to express love through creation, too. However, love cannot exist in isolation. Nor can creation happen in isolation. God made us aware of this in Genesis 1:26 when he said, “Let us make man in our image, after our likeness”. This is the Holy Trinity: a communion of Persons in life-giving love. God created man in his image and likeness, as he told us in Genesis, and this means that in our bodies, we make visible the invisible mystery of God. The sexual complementarity of the male and female bodies reveals that we are made for relationship, for a communion of persons. John Paul II explained:

Man becomes an image of God not so much in the moment of solitude as in the moment of communion…. [This] constitutes perhaps the deepest theological aspect of everything one can say about man.

This suggests that the sexual intimacy shared between a husband and wife is an icon of the inner life of the Trinity. This is not to sexualise heaven, but rather to say that our sexuality points us heavenwards when it is properly understood, as all things should. The call to communion that is revealed in the body is a sign of what persons are supposed to do, which is make a gift of themselves to others and ultimately to God, in the image of the Trinity. Of course, there are countless ways to make a gift of yourself non-sexually, from looking after the sick, to clothing the poor. Through these gifts of self, we love like God, and fulfil our destiny by doing so. This is original unity: to live in harmony with God, each other, ourselves, and the rest of creation. Understanding this is essential to understanding the Theology of the Body because it reveals who God is, who we are, and how we are to live now and for eternity.

We deeply desire to be looked upon with love, and to look upon others with love. In the beginning, Adam and Eve experienced this in a unique way. They were naked before each other without any shame, in a state that John Paul II referred to as a state of original innocence and original nakedness. This does not mean that they were naïve like children, or primitive like isolated tribe-members. Rather, it refers to man before sin clouded his heart. This original innocence was the fruit of a participation in the inner life of God. It enabled them to see themselves and one another as God sees them. They were conscious of the meaning of their bodies and understood how it revealed their call to communion. Ultimately, this purity of heart helped them to see each other as gifts to be received, and not objects to be grasped.

John Paul II taught that the only proper attitude towards a person is love. Because of their true value, a person is never to be used as a means to an end. We make this mistake constantly these days, using people in the pursuit of our own plans and ends. For Adam and Eve, this would have been a clear misunderstanding of the person. For Adam and Eve, their value was clear. Their lack of shame at their nakedness indicates not a lack of awareness, but a fullness of understanding of the meaning and value of the body. The naked body of the other was not a distraction from that person’s value, but a clear revelation of it. Before sin clouded their hearts, minds, and vision, John Paul explains that in their nakedness, Adam and Eve would have viewed each other through the very “mystery of creation”. That is to say, the mystery that God is love, creates out of love, and calls men and women to participate in that same love. They were able to view each other like this because they gazed upon each other with the purest love possible. Again, John Paul explained that it was the “peace of the interior gaze, which creates precisely the fullness of the intimacy of persons.” They were unashamed of their nakedness, and were totally open with one another, allowing them to enter into full communion.

The Spousal Meaning of the Body

The human body has “the power to express the love by which the human person becomes a gift, thus fulfilling the deep meaning of his or her being and existence.” This powerful statement in the Theology of the Body expresses what John Paul II meant by the “spousal meaning of the body”. In essence it means that our bodies, in their masculinity and femininity, constitute a sign of the greatest spiritual beauty. To reiterate, people are made in the image and likeness of God, and because God is love, this means that people are made in the image and likeness of love. People were made to make a gift of themselves. These truths are stamped into every person’s body, because by their masculinity and femininity, the body is oriented towards the communion of persons. 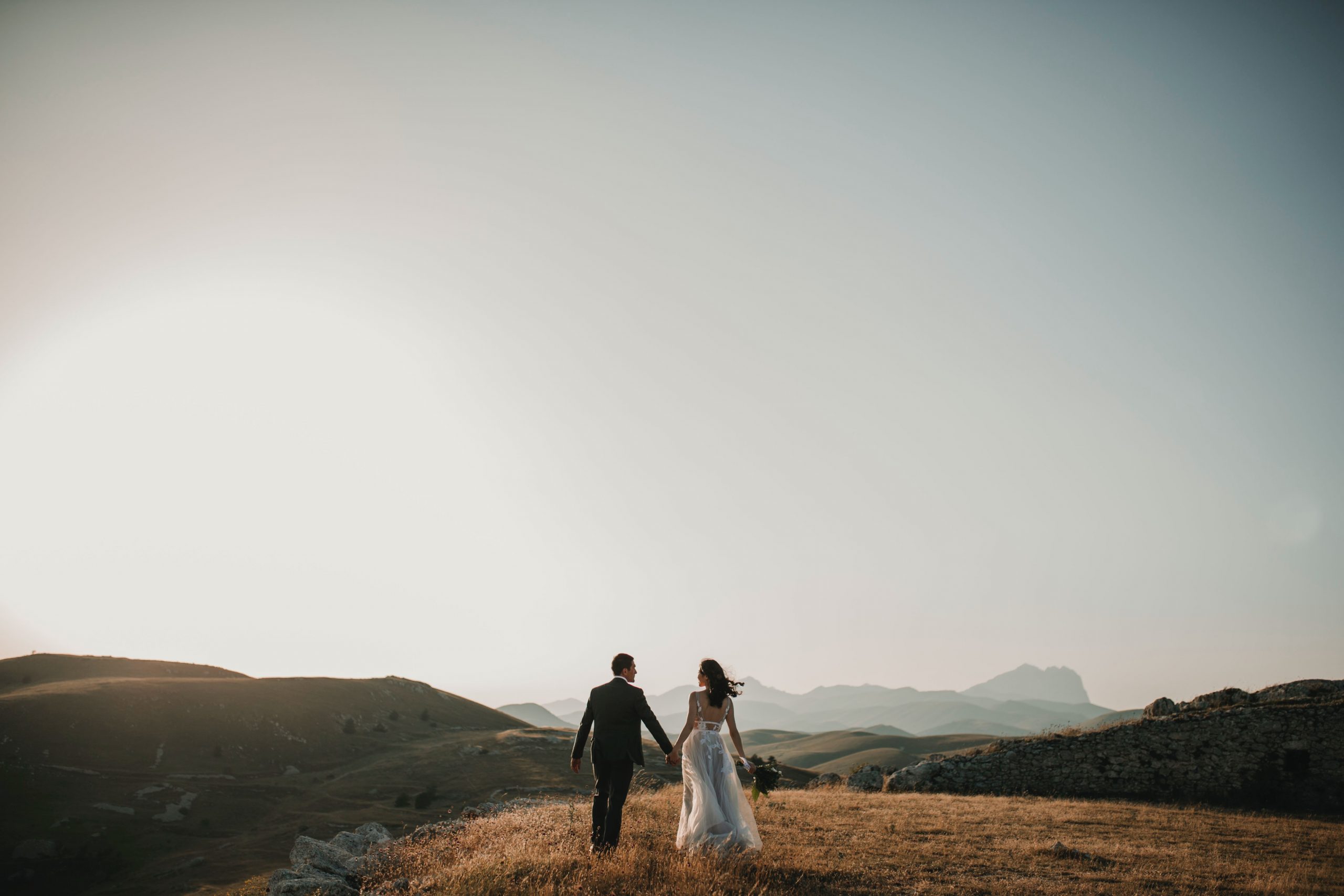 To refer back to the Gospel passage from the very beginning of this blog, Jesus quotes Genesis, saying, “For this reason a man will leave his father and his mother and unite with his wife, and the two will be one flesh.” What is the reason he’s speaking of here? The union of man and woman points to something beyond themselves. When a man and a woman live out God’s plan for love in their bodies, they make visible the invisible love of God. Therein lies the fulfilment of our creation, and it’s stamped into every person’s sexuality as male and female. When our sexuality is understood in light of God’s original design, it points to mankind’s deepest desire, which is truly infinite love.