Everyone wants to be the best version of themselves, but most people don’t like something about themselves, usually it’s a part of their body. So many people have difficulty just accepting themselves. They think if I could only change this, or change that then I will be acceptable, then I will be lovable, then I’ll be happy. This difficulty with self acceptance, seems to affect our generation more than it did previous generations. Maybe thats because the standards that we hold ourselves to today are much higher than they were in the past. Everyday through tv, the media and the internet we are bombarded with images of beautiful women and athletic men that are held up as the ideal, and we look at ourselves and realise well I’m not like that. People begin to feel inadequate, but they shouldn’t, because these ideals that are held up are false, they are illusions.

Modern technology now makes it easy to alter photographs using a technique known as airbrushing. One company ran an advertising campaign which showed a woman before and after airbrushing. 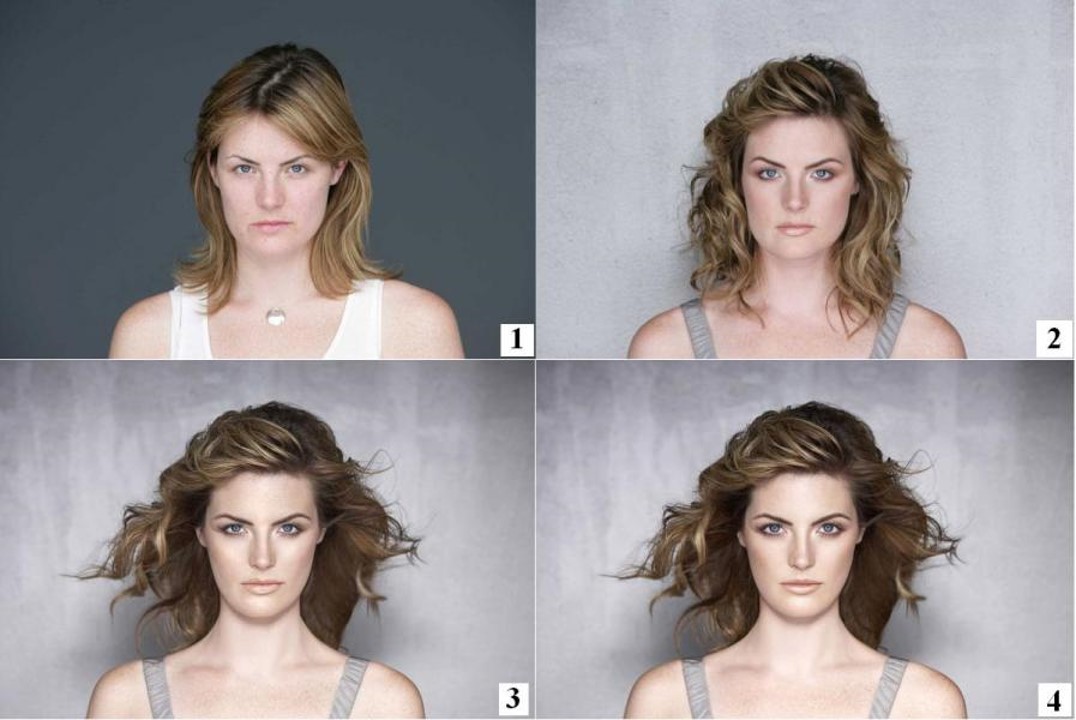 Number 1 shows the woman when she arrived for the photo shoot. Numbers 2 and 3 shows her after her hair and makeup were done, and finally number 4 shows her after she was airbrushed on a computer. We can clearly see that the model in this image looks nothing like what she does in real life.  So even the models themselves don’t fit this idea of beauty that we see everyday.

Women especially feel huge pressure over their physical appearance. Its as though women have been taught to measure their entire self worth and who they against their physical attractiveness.  Many feel they must look flawless and be thin to be acceptable. But real women can never fit the criteria of beauty that an airbrushed image sets, so they can often feel bad about themselves and have low sense of self worth. Some are even willing to put up with bad relationships in order to feel loved and accepted. But the real beauty of a woman is in her heart, its who she is as a person. A woman’s femininity is not dependant on her make-up, in fact you don’t even have to wear make-up to look feminine.

Inner qualities like empathy, gentleness, integrity, courage, emotional strength and endurance in trials, will over time prove to be more important than exterior appearances. Women’s nurturing qualities are so important in friendships and relationships, and true femininity helps women to build up those around them. But the world can make women feel that they are in competition with each other and they can be tempted to tear each other down rather than build each other up. When women are able to recognise their own self worth, then they are free to feel comfortable in their own skin. 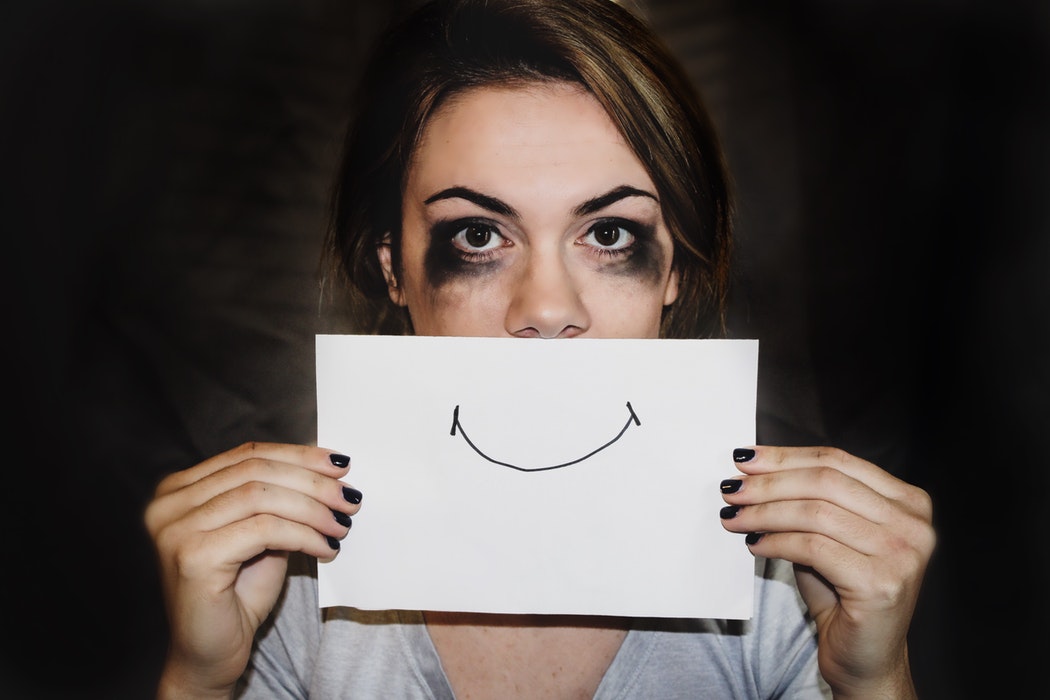 The world seems to be obsessed with physical beauty, but this will always fade over time, and there seems to be a huge fear over this. There are so many anti-aging creams and cosmetic surgery procedures to try and hang on to physical beauty. But its not just women who face these struggles, men have their own issues in measuring up to these ideals.

What does it mean to be a man? The world uses exterior gauges to see how we measure up: success, money, career, physical appearance, a toned body, being a ladies man. Having these things we are told make us more of a man. But still many men are unsure of their identity, they feel insecure because they feel under pressure to live up these ideals, and no matter what they achieve it never seems to be enough. Many men lack good male role models in their lives, so they go with what the world tells them they should be. But while the world focuses on external things, the most important qualities of a man comes from within. Inner strength for instance, is much more important than outer strength, it doesn’t matter what build you are. True masculinity doesn’t come from the gym. Qualities like character, courage, integrity, these are much more important than what the world says we need to be in order to be a man.

There is a crisis of lack of self confidence in men today and many have fallen into the trap of being passive, they go with the flow and don’t want to rock the boat. Many men no longer want to lead, to step up to the mark, or to protect and many have become indecisive. This doesn’t mean that we should seek to dominate or push people around, rather it’s about having the confidence to know who we are and be comfortable within ourselves. Confidence to stand up for what we believe in and for those we love. Its really to do with inner conviction and determination. Women often say that self confidence is one of the most attractive attributes in a man, and its not all about physical appearance. 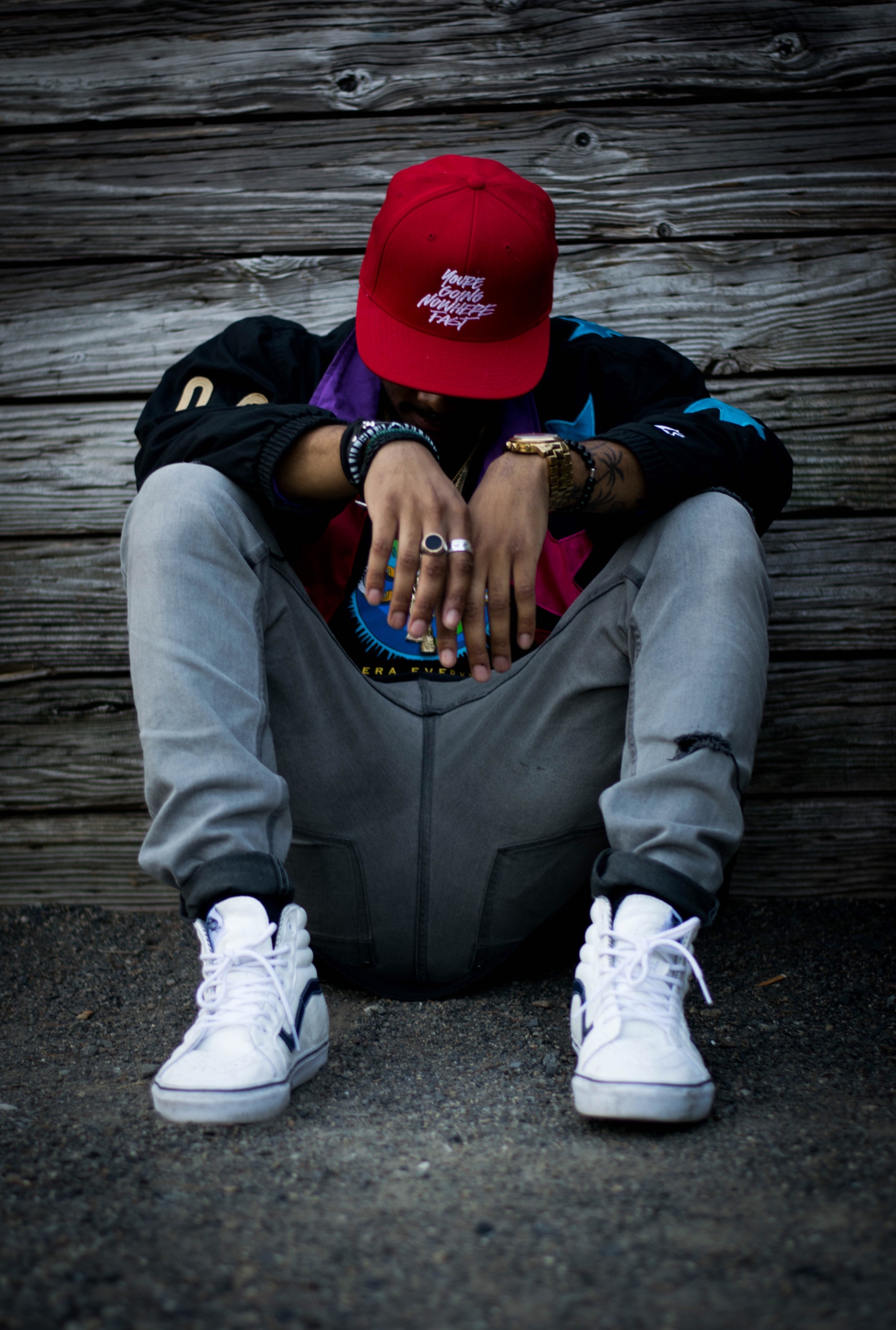 Who We Really Are

Where do we get our identity from? The truth is we are the children of God and we are made in His image. But many people have lost their belief in God and with that they have lost sight of their true identity, of their dignity and beauty as children of God, and this leaves them open to falling into the trap of trying to be what the world tells them they should be. The truth is you are beautiful the way you are. God has made you, personally, and He doesn’t make junk. God doesn’t make mistakes. Each one of us is unique. Never before and never again will there be another you. In a relationship do you want someone to love you for who you are or what you look like? Where do you place your self worth?