The past couple of weeks have seen life move from the exterior to the interior for the majority of us. And at least in my case, that has been a largely uncomfortable process. No matter how good our intentions, as humans we find ourselves repeatedly falling into ruts and predictable patterns of behaviour, and this was certainly underway with me. With work going according to plan, my social life tidily in place, and total access to the Church and its sacraments in their fulness, I quickly forgot who’s really in charge. I prided myself on living such an ordered life, taking much of the credit for the work God had done. I needed a time like this, but I didn’t know it. Now that I have it, though, I’ve become aware that there’s still a danger that I won’t use it. All of this has forced me to acknowledge the overwhelming importance of humility. But before that, the problem at hand must be clarified.

In some of our more recent blogs, we’ve spoken about the advantages of the silence we’re currently immersed in. One of the primary benefits is that the things we need to deal with, the most pressing interior struggles are uncovered. Silence is the microscope we use to get a closer look at what’s really going on inside us. Once, we could’ve run to and fro, filling our days with endless activity and distraction, but that’s no longer an option. If I procrastinate, the reality of that fact cannot be covered up as before. If I don’t get out for exercise, the results quickly become apparent. If relationships in the house sour, the cramped atmosphere magnifies the breakdown. There’s nowhere to go. Or rather, as I’m discovering, there is: denial.

Just as a scientist equipped with the most advanced tools of measurement won’t be of much use if he ignores the facts laid bare before his eyes, neither will we do ourselves any good if we deny the problems that this time is bringing to our attention. This denial can take many forms. From suppressing the sense of urgency that these issues rightly come with, to assuming that this unorthodox time is a holiday and as such, that there is no serious spiritual work to be done. The more insidious forms of this denial come from pride and refuse to believe that you could be struggling with the same, simple problems that plague everyone else. It is entirely possible to be caught in the grip of serious spiritual traps while pretending that you’re not. What is the solution to a situation like this? Nothing more or less than a good dose of humility. 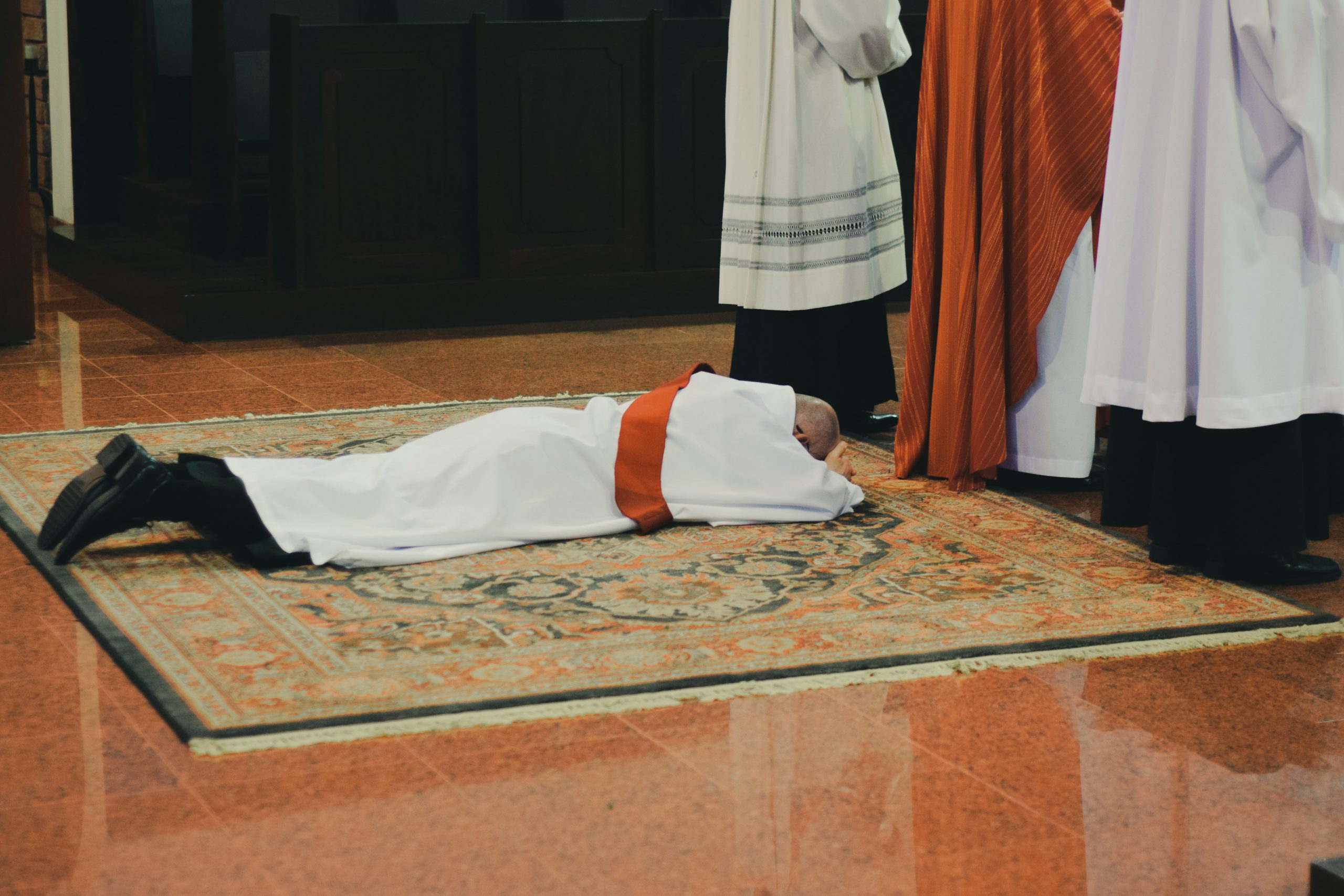 St. Vincent de Paul is quoted as saying, “Humility is nothing but truth, and pride is nothing but lying.” In a similar manner, Thomas Merton said, “Pride makes us artificial; humility makes us real.” The common thread running through these quotes is that humility, more than any other virtue, grounds us in reality. Humility is the virtue that allows us to respond properly to the issues brought to our attention, because it sets us free of both delusion and denial. “Whoever humbles himself like this child” (Mt.18:4), he it is who enters the kingdom of Heaven. To be humble is to live in the truth. It’s to embody the fact that we’re children of God, and that apart from him, we can do nothing. This fact has run to meet me in the present circumstances, with the successes I’ve enjoyed in triumphing over various vices directedly related to my humbling myself and admitting that I need God now as much as ever. It all begins with that admission, though, and that admission must spring from humility.

Having just emerged from the season of Lent, and wrapped up in the Easter celebrations as we are, we could be forgiven for allowing the modest simplicity of Lenten living to be forgotten about. But this current world demands a different response. Silence and asceticism still cloak the world, bringing with them ever-greater opportunities for growth. Let’s throw caution to the wind and take God’s words to heart. We have nothing to lose, and everything to gain by listening to his voice: